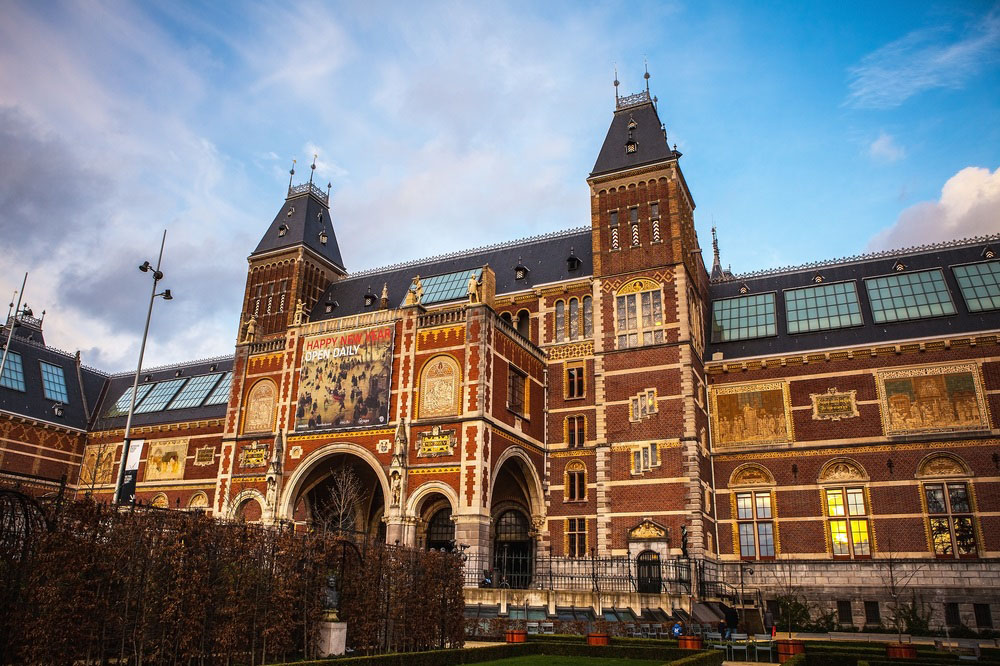 By Candy Nartonis
Led by Bob Tomolillo, members of Boston Printmakers and their guests travelled to Amsterdam June 15-22, 2019.  With a lively population of 885,000, this small city is filled with water and light. Our first stop was to Aad Hekker’s lithography workshop on the topmost floor of a typical Dutch shop and home. After we climbed up the very steep ladder and stair, assisted by a rope to tug on, we had a great view of the beam and hook, block and tackle, and strong rope used to bring loads to the upper floors of these historic buildings. We were inside 17th century Amsterdam – a center of world trade and of fresh thinking about the stature and value of every human being. Aad prints and publishes artist’s lithographs in an immaculate and perfect print shop. Aad mentioned that there are guest houses nearby for artists who work with him. His other pursuits include publishing a magazine on printmaking entitled RAAM Grafiekmagazine (Graphic Art Platform). It was a bit discouraging to learn that, in this city with an important printing history, lithography is no longer strongly valued. In fact, Aad is the last lithographer printing in Amsterdam. Aad Hekker

Aad Hekker shares his shop and practice with BP

Our next adventure was in the Cuypers Library of the Rijksmuseum. This beautiful three-story library within the museum houses a print cabinet, where we were invited to see the work of Hercules Segers. Segers was a contemporary of Rembrandt, a fellow artist, a great innovator, and most likely a friend. His lovely prints were a revelation for all of us.  He hand modified the inking of his prints, creating a series of outstanding monoprints from one plate. Rijksmuseum-Cuypers Library-Print Cabinet-Segers

We were also shown a print that was clearly a large Rembrandt, given the obviously Rembrandt-created figures of The Flight into Egypt. Our attention was directed to the abraded area around the figures. In fact, Rembrandt purchased an old plate by Segers of Tobias and the Angel in a flea market or second-hand shop — scraped away Tobias and the Angel from the plate, reworked it, added the figures for the Flight into Egypt, and signed the prints as his own! https://www.metmuseum.org/blogs/now-at-the-met/2017/hercules-segers-rembrandt 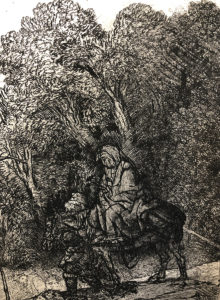 Detail of Rembrandt’s Flight into Egypt on Seger’s old reworked plate. Note the handling of the figures vs. the trees.

We also visited Ruijgrok Piëzografie, a family company producing an exceedingly high level of digital imagery for museums.  They also serve artists, many of whom order prints only when one of the limited-edition is sold. The artist’s complete file is cared for by the company and prints are made from it until the edition is complete. The company also translates artwork originally in other media into fine reproductions. We watched as they reproduced a series of Hercules Segers’ works for the Rijksmuseum. These fine reproductions will be promotional gifts to large donors, as well as educational tools. They are always printed in a different size from the original and stamped on the back as a reproduction to make sure they are not mistaken for the real thing. The firm has completed a special portfolio of every state of one of Chagall’s prints. They are masters at catching the spirit of each project. A printmakers’ detail: They recommend Hahnemuhle German Etching for digital work. http://piezografie.com/

We were given lots of free time and were able to visit many sites on our own. Small groups returned to visit the Rijksmuseum to see work by Vermeer, Frans Hals, Jan Steen, Pieter de Hooch and Rembrandt, along with the glorious blown glass, Delft Blue pottery, and ship models from the Golden Age of Amsterdam. In small groups we went to the Van Gogh Museum, the Stedelijk Museum for modern and contemporary art, and such special places as the Rembrandt home, the Anne Frank House, the Jewish Historical Museum, the Verzetsmuseum detailing the WWII Dutch resistance, and more. Some of us also visited the Eye Film Institute which is housed in a cantilevered building on the water. Here, the current exhibition was a new room-sized video installation by William Kentridge, along with his tapestries and videos. The Eye Film Institute

We packed in as many events and experiences as possible. At the annual Holland Festival, William Kentridge’s opera Paper Music, with music by Philip Miller, was outstanding. The Dutch National Opera and Ballet performed Kleeines Requiem, a powerful and very topical contemporary dance piece. The Koninklijk Concertgebouworkest was a highlight featuring Smetana and Tchaikovsky.  We stayed at the Bilderberg Garden Hotel, and I’d recommend it. It is a short walk to the Museum center, and an even shorter walk to the beautiful and grand Vondelpark. 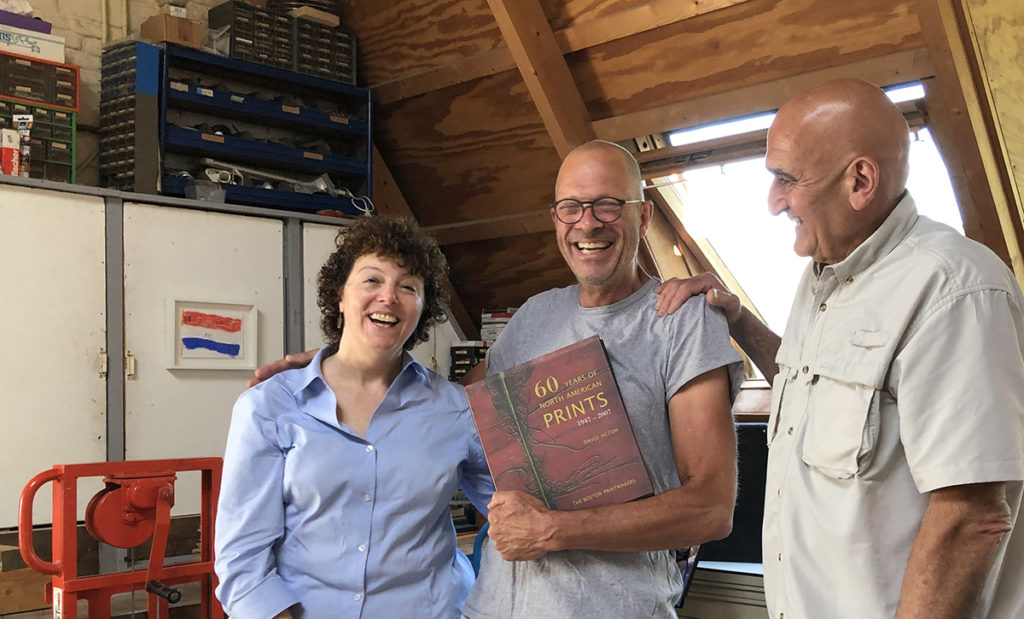