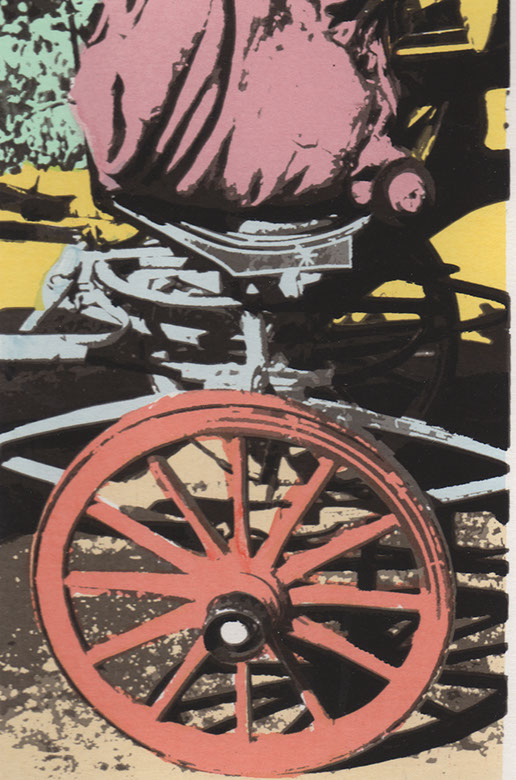 In the photo dark room, a color slide was processed to make cmyk negatives onto black and white film. The black negative was used to
make a series of positives on high contrast film (Kodalith). The exposures went from overexposed ones, which became the shadow areas in the print, to underexposed ones, which became the highlight areas. A screen printing frame with 240 mesh polyester mesh was coated with Ulano QTX photo emulsion. The positives were then exposed to make the stencils for the print. These were printed with black and colored acrylic water based ink mixed with extender base to give a transparent effect. The opacity of the black ink was increased as the print went from the shadow area to the highlight area. The colored areas were printed after the first black was printed.