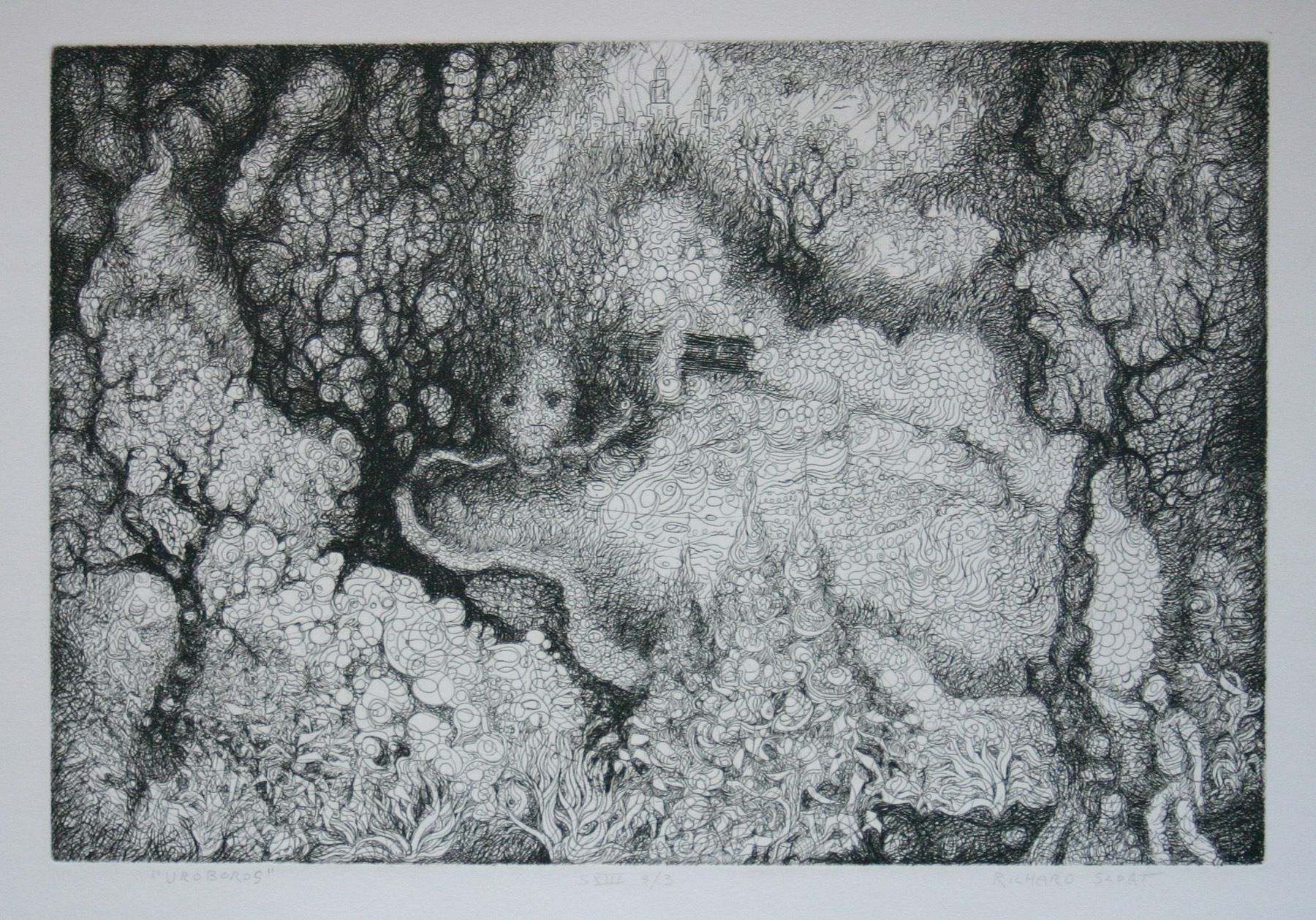 “Uroboros” is an ancient symbol of a dragon or snake holding its tail in its mouth, it embodies thoughts of cyclical eternity. I started this print, in 1999, as an etching of The Ramble in Central Park calling it “Rambling”. My method is one of process where I will continue developing the print till there is nothing more to say. So the first state of the this etching was re-etched and additional engraved lines were added through subsequent states . I saw the image of the uroboros and brought it out through this process, and by state eight (S VIII) had changed the title to “Uroboros”. One beauty of an etching is that one can continue work on a piece , and still see its earlier manifestations. It is seen now it is in state thirteen (S XIII) completed in 2006. The reason I thought to bring it out now is that I have started to rework the plate and latter this year S XIV will be printed. The process continues.