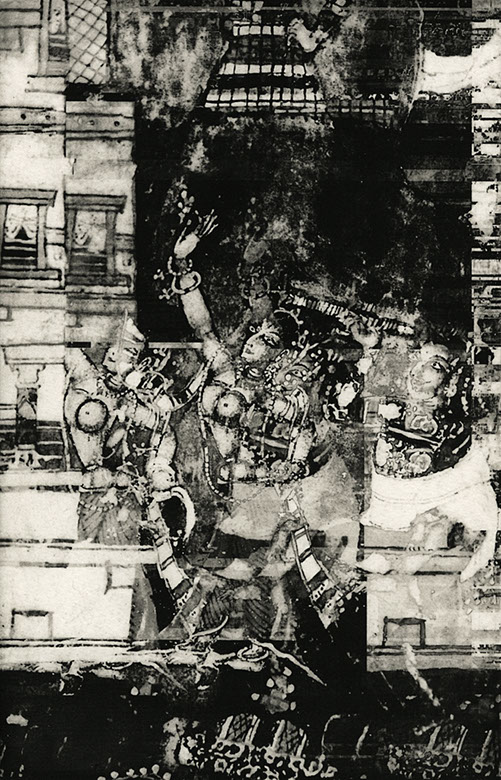 While the new digital technology revolutionizes every aspect of the society, it leads us into a world often defined as a “Post – ” society: Post – Historic, – Religious, – Civilized, – Industrial, – Capitalist and – Modern; with extreme emphasis on constant, rapid and invisible change.

My works are based on the analysis of this random transformation, which the virtual world constantly goes through and are created while working on codes at the binary level, behind the façade of the image interface itself. The information stored in magnetic and optical devices was thus manipulated, sometimes changing just one bit. This change – mostly random, destroyed and reconstructed, broke and distorted the data imitating the unpredictability and change that it would undergo – with disaster or age.

I used a photomechanical process—made a digital negative from a digital file on a photo-sensitive polymer plate—that was printed as a traditional intaglio on Rives BFK paper.