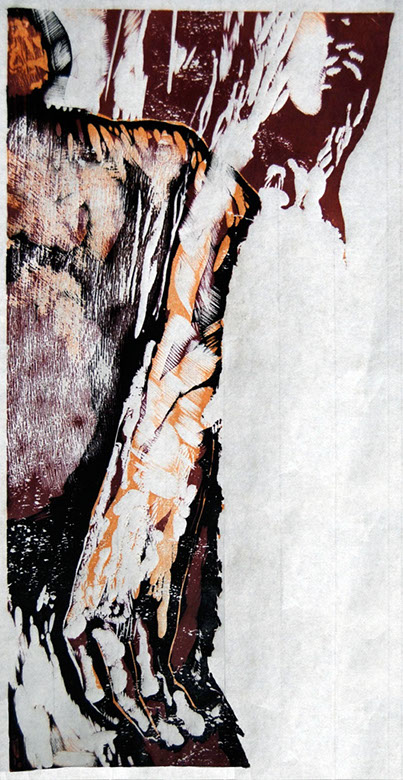 “Colossus” is a reductive and jigsaw-cut color woodcut made in 2010.

In this print, I utilized a block of pine that had a fragile vein cutting through it. Ripping the block of wood at its weak point, I was left with an open, jagged negative space. Challenged by this non-rectangular format, I carved a figure whose contour coincided with the break. Using traditional chisels as well as power tools (circular saw, drill with wire brush, drill with rotary rasp), I allowed the various marks to inform the figure’s character. Employing reductive carving techniques, I printed this woodcut on a hydraulic press.

The “Colossus” is a reference to the ancient Rhodian statue of the sun god Helios. In my print, a lumbering behemoth is depicted from below, giant hand hanging far below his tiny head. He gazes expectantly into the sky behind him.